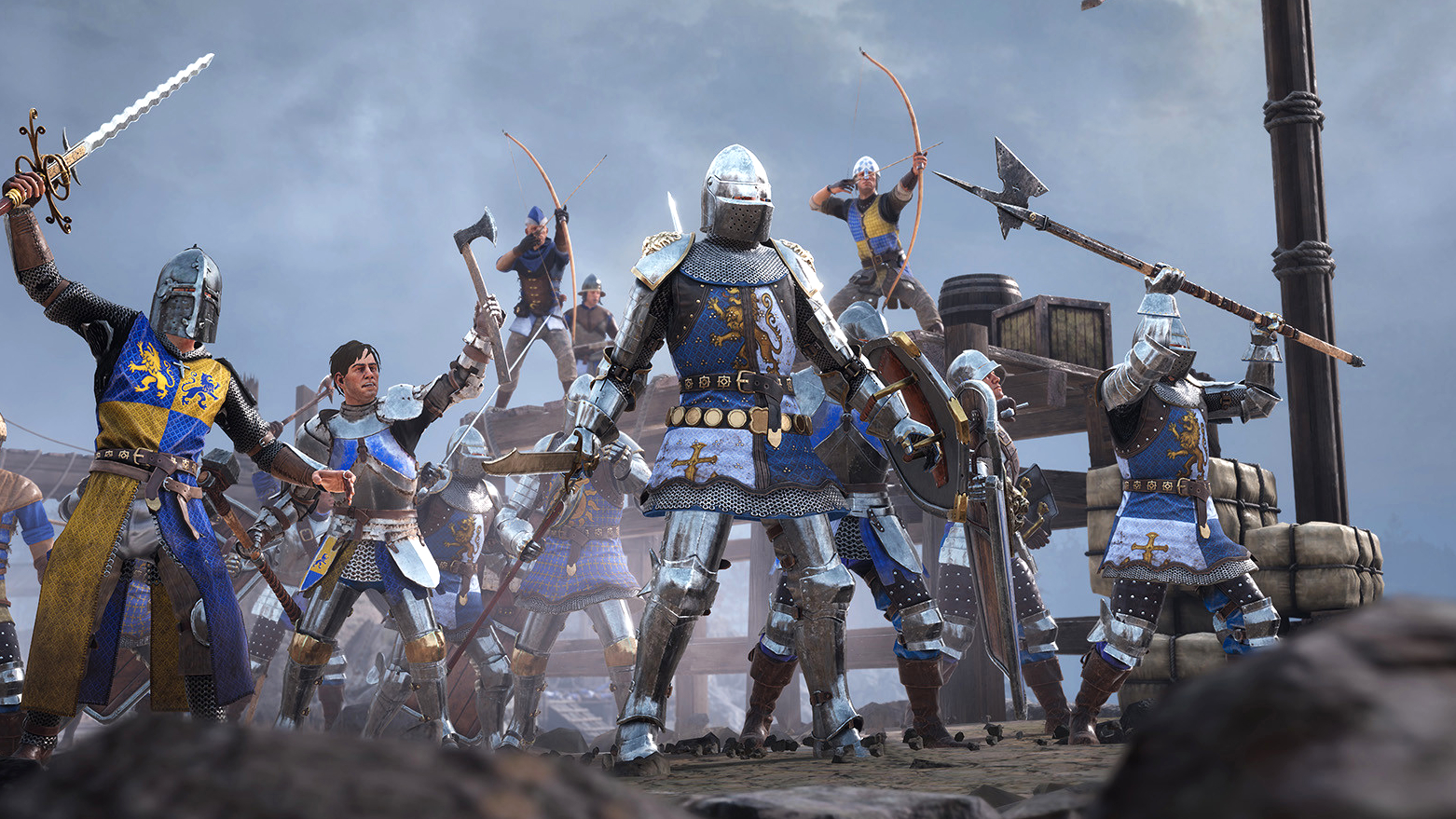 The multiplayer first-person slasher is available to download on Xbox Game Pass and PC Game Pass now, as well as to stream through Xbox Cloud Gaming. Microsoft made the announcement on Twitter (opens in new tab) in a slightly peculiar gameplay clip.

The game’s addition to Game Pass is something of a surprise. Neither developer Torn Banner Studios nor Microsoft had previously suggested Chivalry 2 would be coming to the subscription service, breaking the usual schedule of announcements.

Chivalry 2 is coming tomorrow and you’re gonna need a battlecry. Drop emojis below to paint a picture of how you’ll be yelling in battle pic.twitter.com/nIRvqNIaHSOctober 3, 2022

At the heart of Chivalry 2 lies chaotically massive 64-player team-based battles. The multi-stage fights pit one team of attackers against a bunch of defenders, as you break down castle gates, destroy siege equipment, and lead player-controlled heroes to safety. It’s all very cinematic. You’ll be charging into big melee brawls, swinging swords, throwing axes, and yelling at the top of your lungs, before your head gets chopped off by an unfortunate claymore.

There are several subclasses to pick between, with each sporting a range of weapons. While its high skill ceiling leaves plenty of room for mastery, Chivalry 2 also plays well as a gory, arcadey medieval brawler. Heaps of combat adjustments have been made since the first game to make its first-person fighting more intuitive and fluid. There’s even a mount system that lets you ride big horsies into battle.

As bloodthirsty as Chivalry 2 looks, it’s more comedy than tragedy. You can fire humongous ballista bolts through the heart of your enemies, pour boiling oil on their heads in siege battles, and chase them around the map with burning chickens. Think Monty Python meets Henry V.

Microsoft is yet to reveal October’s full Xbox Game Pass line-up, but we can expect more games to come. Last month, it added Disney’s answer to Stardew Valley, alongside a bunch of other indie games.