Why has the government made registering mobile phones’ IMEI numbers compulsory? The government has made the registration of IMEI number of all mobile phones mandatory before their sale from 1 January 2023. Representational picture/AFP

Black marketing, phone thefts and tampering are rampant in India and this has brought the International Mobile Equipment Identity (IMEI) number into focus. Now mobile phone manufacturers must register the 15-digit number, which is unique to each handset, with the government. Even IMEI numbers of imported phones have to be registered.

What is the IMEI number?

The IMEI number is used to identify a mobile device on the network – every phone has a different number. This can be done when a user makes a phone call or uses the internet on it.

This number reveals where the handset is made and its model number. It also indicates the location of the cell phone.

The number helps in identifying the manufacturer of the phone and finding out if it was ever stolen. A stolen or lost device can be tracked using this number even if the SIM card has been removed. These numbers can also help in blacklisting devices, which will stop them from functioning.

Cell phones with dual SIM cards have two IMEI numbers, one for each SIM.

What do the new rules say?

The Department of Telecommunications (DoT) has made it mandatory for all mobile manufacturers to register the IMEI number of the devices made in India. Every handset must be registered with the Indian Counterfeited Device Restriction (ICDR) portal starting 1 January 2023.

“The manufacturer shall register the international mobile equipment identity number of every mobile phone manufactured in India with the Indian Counterfeited Device Restriction portal of the Government of India in the Department of Telecommunications prior to the first sale of the mobile phone,” the government notification read. The notification has been issued under the Prevention of Tampering of the Mobile Device Equipment Identification Number (Amendment) Rules, 2022.

Similar rules apply for mobile phones imported to India for sale, testing, or any other purpose. The registration needs to be done before the phone is imported into the country. This applies to all imported phones including Samsung and Apple smartphones.

The ICDR system has been operational since 28 January 2020 and can be accessed through a web portal for registration and generation of IMEI certificates without any charges. 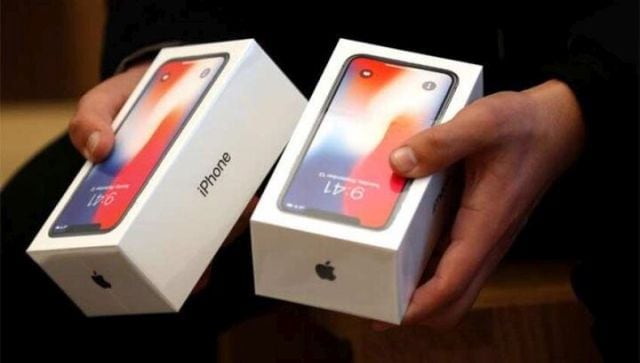 The new rules apply to imported phones like Apple as well. Representational picture/PTI

Why does the Centre want a record of IMEI numbers?

The new rules are to curb the rising cases of cloning and theft of mobile phones. India has a Central Equipment Identity Register, which categorises devices based on the IMEI status in three lists – white, grey and black, according to a report in The Indian Express.

The white list comprises mobile phones which are permitted to use while the black one has IMEI numbers of devices which are stolen, lost or barred from allowing access to the network. The grey list has operational numbers that are under supervision.

What happens in case of IMEI tampering?

In 2017, the Union government made tampering with IMEI numbers a punishable office in India which can attract a jail term of up to three years. “It shall be unlawful, if a person, except the manufacturer, intentionally removes, obliterates, changes, or alters unique Mobile Device Equipment Identification Number,” the DoT said in a notification back then.

Have there been instances of IMEI-related crimes?

In June 2020, the Meerut Police found more than 13,000 Vivo phones with the same IMEI number. There has been a rampant rise in IMEI-related fraud with phones being sold with fake or duplicate numbers.

A phone that does not have an IMEI number is fake. Hence it is important to check this before purchasing a new device.

How to check the IMEI number?

To check the IMEI number, dial *#06# from your phone and it appears on your screen. The box in which your phone arrives also carries the number.

The ‘About Phone’ tab on the Android phone has his information. On the iPhone, you will find it in Settings, under About.