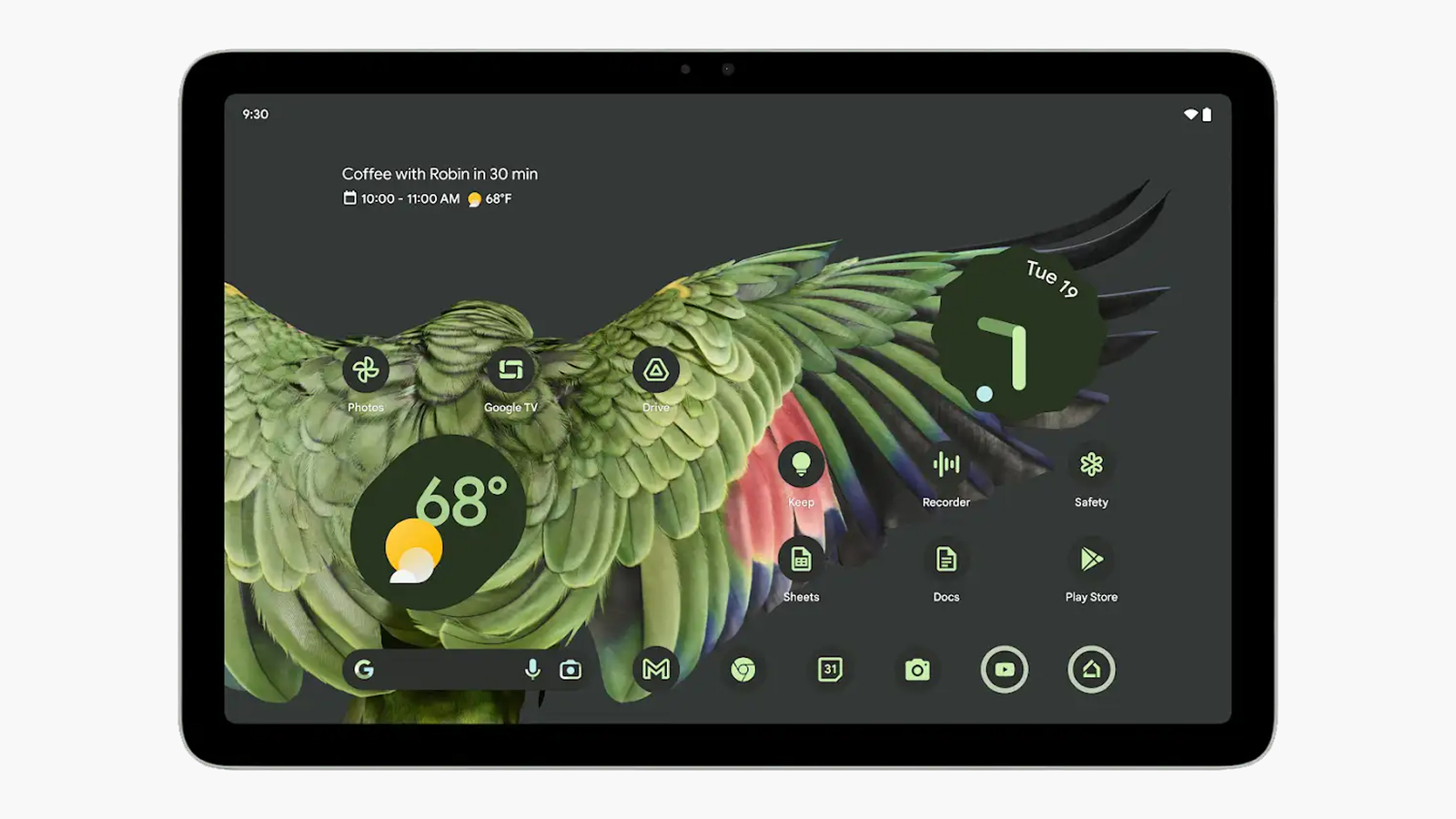 The Google Pixel Tablet is taking its time on the journey between the first reveal of the device (May 2022) and it actually being available to buy (sometime in 2023), and that means a wide window of opportunity for leaks and rumors to appear.

As spotted by the team at 9to5Google (opens in new tab), we may have been given our first look at the software running on board the Pixel Tablet, via a blog post (opens in new tab) on keyboard shortcut updates that are coming to the Google Keep app on Android.

It’s difficult to know for sure, but it makes sense that Google engineers would already be using the tablet internally, and the size of the GIF scales up to the expected Pixel Tablet screen resolution of 2560 x 1600 pixels.

The animated image doesn’t tell us too much about how the Pixel Tablet is going to look in terms of its software, but we can see a docked row of icons along the bottom of the screen, and the familiar Android status bar along the top.

That status bar is bigger than it would normally be on an Android phone, making room for what looks like a Google account switcher button – enabling you to quickly jump between different users on the device.

The green and black color scheme matches some of the promotional material (opens in new tab) that Google has already put out as well, further evidence that this image has indeed been grabbed from a Pixel Tablet running Android 12L.

Analysis: what we know so far

When it comes to what we know so far about the Google Pixel Tablet, we’ve got a mixture of officially confirmed details plus a few unofficial leaks and rumors. For example, Google has itself said that the tablet will use the same Tensor G2 chipset that runs the Pixel 7 and Pixel 7 Pro phones.

We also know that there will be a Charging Speaker Dock accessory available for the Google Pixel Tablet, which will charge up the slate and also turn it into something of a smart hub for the home – much like the Google Nest Hub, in fact.

When it comes to unconfirmed rumors, a 10.95-inch screen, Wi-Fi 6, and internal storage options of 128GB and 256GB have been mentioned. There has also been chatter that the tablet is going to come fitted with 4GB of RAM.

Those leaks suggest something a bit more mid-range rather than premium, but we’ll have to wait and see to know for sure. Google has told us that the device is going to make an appearance at some point in 2023 – we can’t be more precise than that, but considering it was announced in May 2022, we’re expecting it sooner rather than later.