Want to know what it is to be a like top gamer in India? Here’s your chance 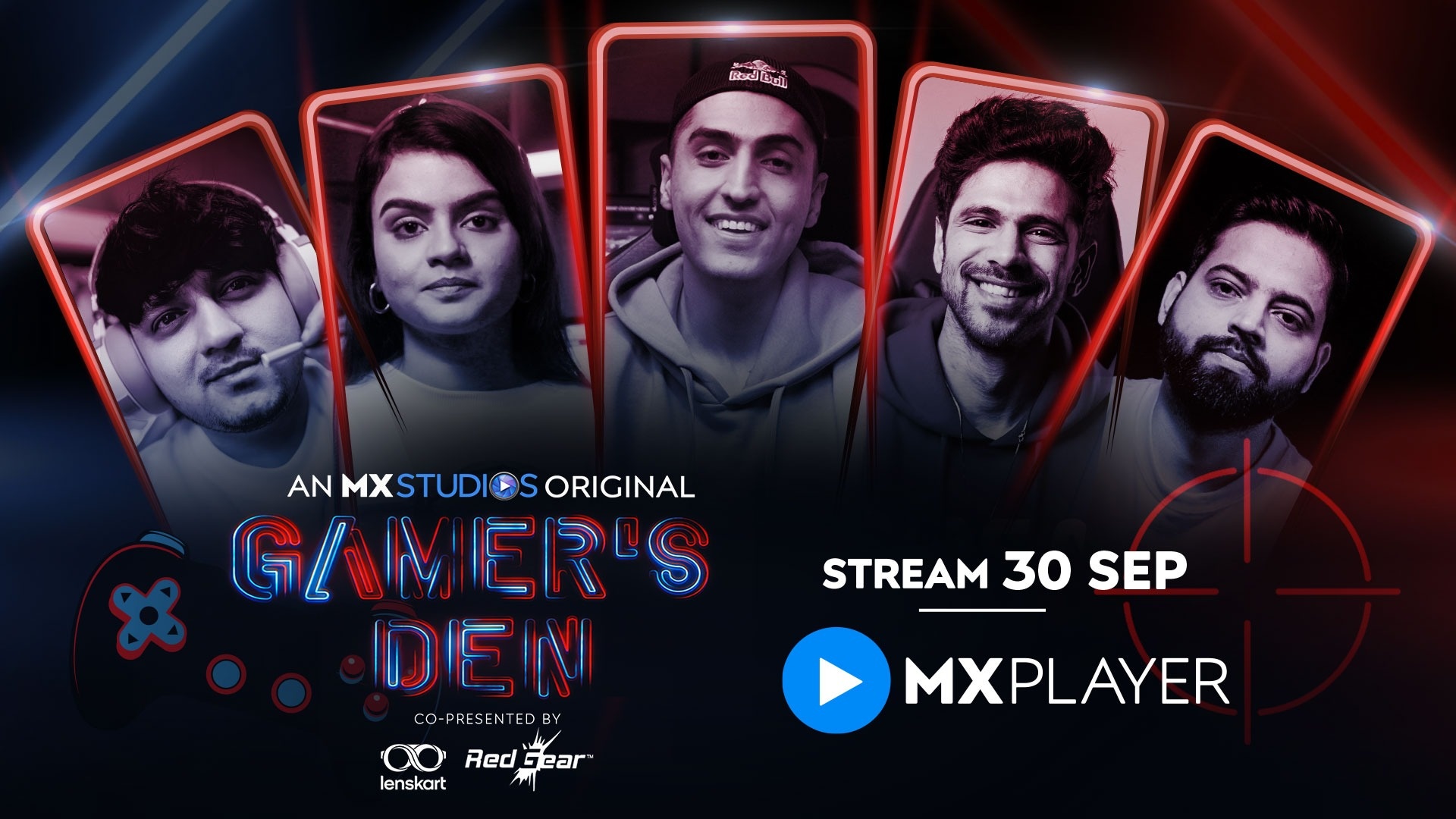 As the gaming ecosystem grows at a fast pace in India, there is a general curiosity as to what it takes to be a top gamer. There is also a fascination around the lives of the top gamers. It is a subject and idea that is worth exploring. And that is what popular OTT platform MX Player is going to do.

It has come up with a new web series, Gamer’s Den, that explores the gaming ecosystem in India through first-person anecdotal experiences. Created by in-house MX Studios, Gamer’s Den will throw light on the life and achievements of gamers. The idea is to inspire and influence viewers to look past traditional careers and professional opportunities.

Gamer’s Den will start streaming from September 30 on MX Player.

According to a statement from the platform, the series spread across 5 episodes, and will give viewers an insight into the lives of leading award-winning gamers. The gamers include Red Bull Player Ankit Panth aka V3nom, Saloni aka Meow16k, Amit Thakur aka Fa2, RishabKaranwala aka Rakazone, and gaming commentator and player Ocean Sharma.

Gamer’s Den traces the evolution of the gaming industry through these five gaming personalities and their journey so far. It gives audiences an opportunity to understand the realities of gaming and the gamers behind their virtual avatars.

Indian online gaming industry is growing at the rate of 30% per annum and users have also grown exponentially. By 2025, there will be around 657 million users.

Suresh Menon, Content and Creative Head of MX Studios said: “At MX, we have created a unique series around 5 renowned gamers showcasing their struggles and determination to succeed in a very competitive universe. These E-sports award-winning gamers present the realities of gaming to inspire aspiring gamers to take on gaming as an alternate career and give viewers an insider’s view of India’s thriving gaming community.”

Shot in real locations, the series taps upon an emerging content genre, thus attracting a new and distinct target group, the platform said.

According to a recent study by KPMG, the total revenue generated by the gaming companies in the country was approximately Rs 13,600 crore last year. This is expected to further grow to Rs 29,000 crore within the next two to three years. The study also said the number of mobile gamers in the country is going to grow by more than 50%.