This Chromebook lets you do your own memory and storage upgrades 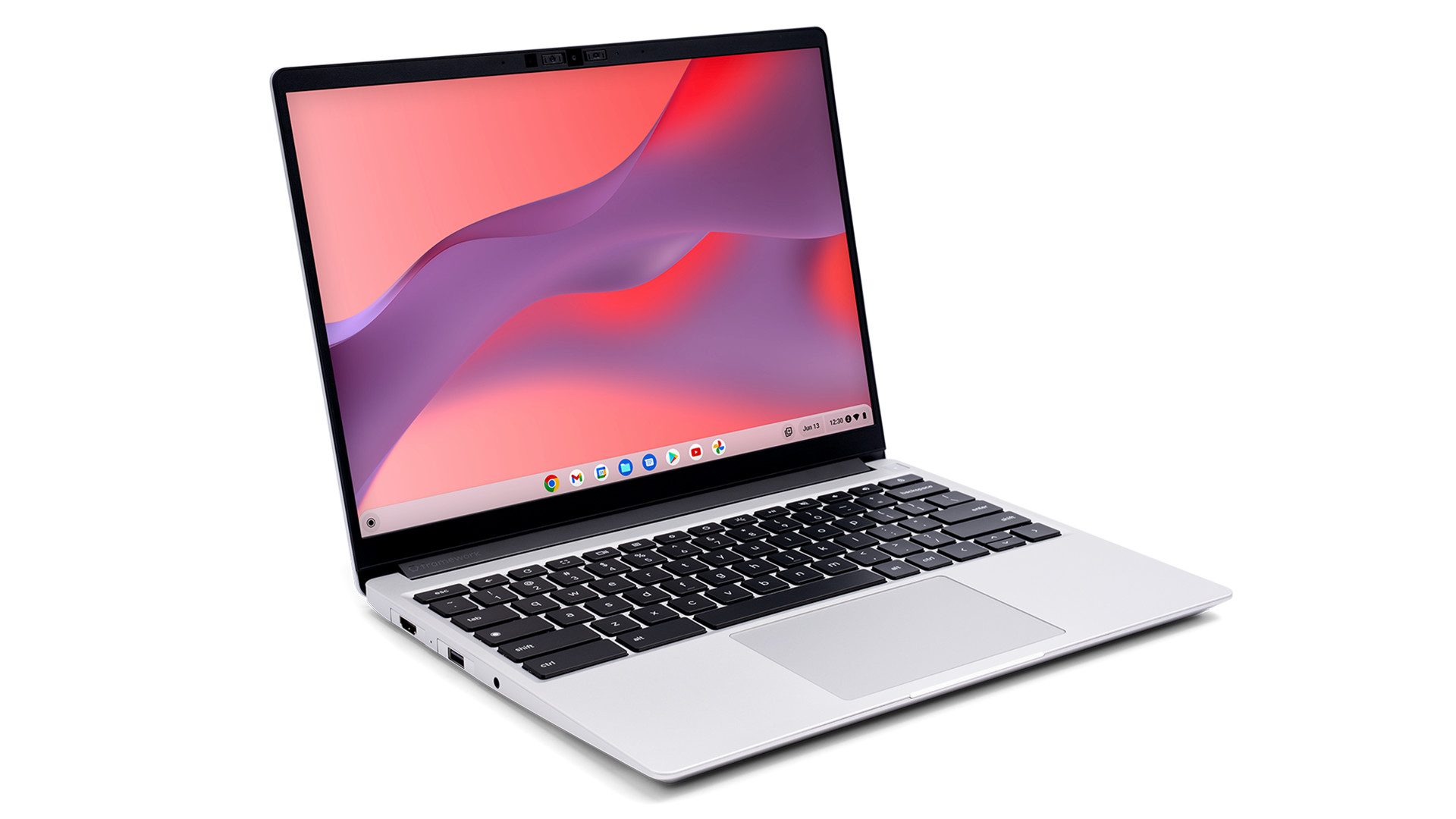 As a company, Framework specializes in developing Do-It-Yourself (DIY) laptops that people can upgrade themselves with nothing more than a screwdriver, the parts the company provides, and a bit of patience. Now with the Framework Laptop Chromebook Edition (opens in new tab), customizable laptops have entered a new frontier as repairability in the tech industry takes a firmer stance.

Be aware that not everything on the Framework Chromebook is customizable.

Starting with the more static aspects, the laptop comes with a 13.5-inch high-resolution display (2256×1504 pixels) and a 1.5mm keyboard all housed in a chassis partially made out of recyclable material. Under the hood, it’s powered by a 12th Gen Intel Core i5-1240p CPU made out of 12 individual cores and a 55Wh battery that can last up to 10 hours on one charge.

As you would expect, the Framework Chromebook runs on ChromeOS, something that previous company offerings could technically do. But as a company representative told us, those older models used ChromeOS Flex (opens in new tab) whereas this new device has the full ChromeOS experience. This gives the laptop the ability to download Android apps from the Google Play Store, something the Flex models couldn’t do. Users can also run Linux apps if they’re developing software and play games thanks to Steam on Chrome OS Alpha

What is customizable are the ports, RAM, and storage. According to the company, you can pick and choose the ports you want and which side you want them on thanks to the Expansion Card system. Supported inputs include USB-A, USB-C, MicroSD, HDMI, and Ethernet, just to name a few. For the RAM and storage, the Chromebook comes with 8GB of DDR4 and 256GB of space. They can be upgraded to a maximum of 64GB of DDR4 and 1TB of storage. Plus, you can beef up the storage with another terabyte via expansion cards that go underneath the laptop.

For privacy, the Framework Chromebook has a series of switches around the body that cut off power to the camera and microphone when not in use. Google’s own Titan C (opens in new tab) security chip is present to protect you from phishing attempts and hacking. Because of this chip, the Chromebook will receive continuous updates from Google up until June 2030.

The same representative told us the Titan C cannot be removed because it’s “an integral part of the electrical system.” However, you can put the laptop into “Developer Mode” allowing you to download customized firmware and software outside of Google.

The Framework Laptop Chromebook Edition is currently available (opens in new tab) for pre-order with a $999 price tag, but in the United States and Canada only. You won’t have to pay the full price tag initially as “only a fully-refundable $100 deposit” is required at the time of pre-order. You’ll pay the rest when the laptops begin shipping at the beginning of December.

As for a global rollout, it doesn’t appear there are plans to do so yet, but the same representative hinted at a potential announcement.

Overall, it’s good to see more and more companies embracing either customizable or repairable devices. This new attitude will go a long way toward reducing e-waste and saving money. Arguably one of the more robust repair programs comes from Samsung who collaborated with iFixit for the parts. We highly recommend checking out TechRadar’s coverage of that story to see where the industry is potentially going.