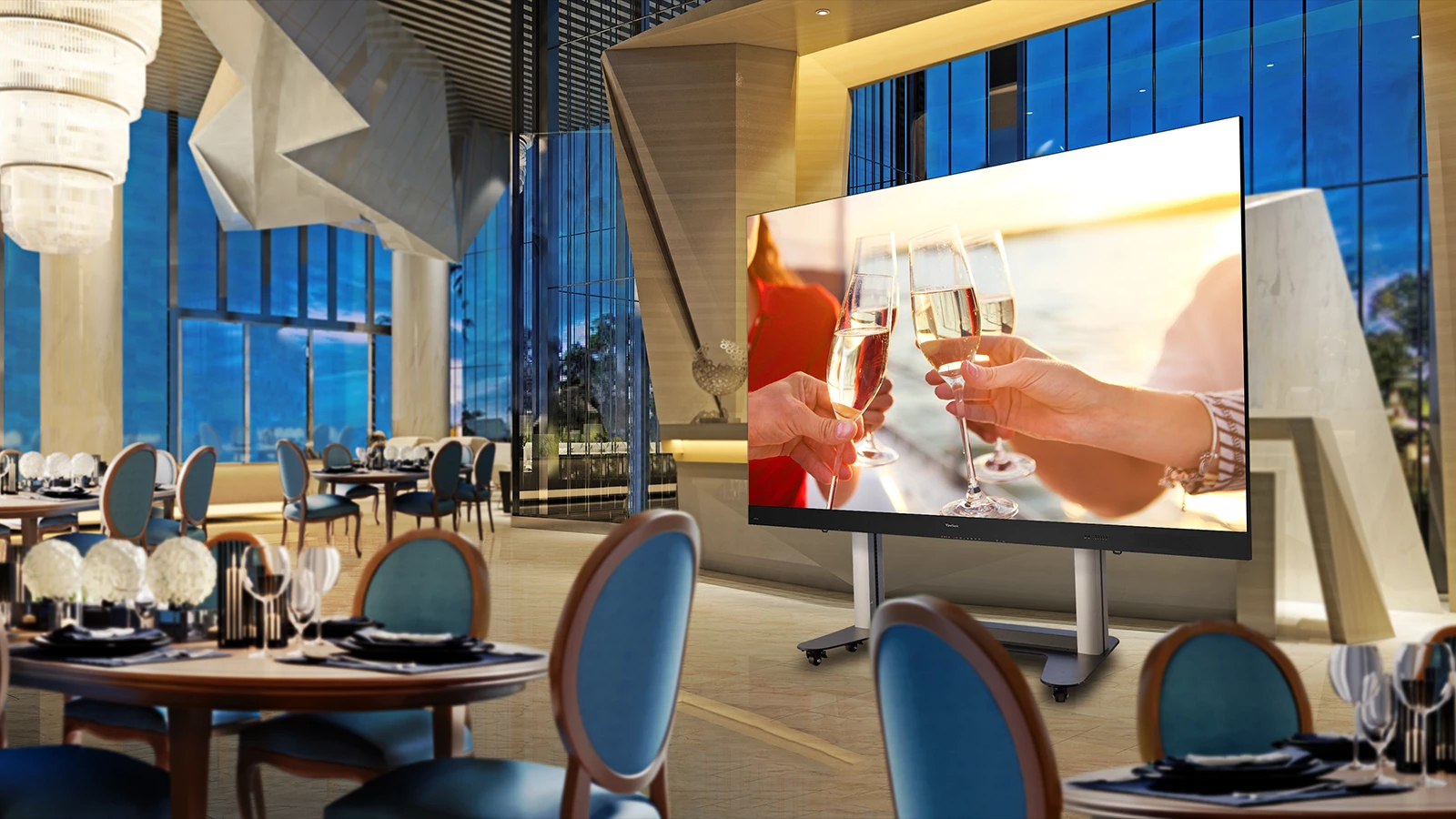 Display specialist Viewsonic has pulled back the curtain on its huge LDS-135-151 foldable (but not rollable) LCD screen.

Given its price, $85,000 in the US (opens in new tab) (around £78,000, AU$130,000), and its deliberate lack of cutting-edge AV features, its main target will be corporate events, presentations and exhibitions where large format displays are the norm.

Viewsonic says that the display comes pre-assembled ready to be used literally outs the box (it comes with a movable flight case design), two wings fold over the middle of the display like a restaurant menu.

As expected, it is a bit of a monster size-wise, with a net weight of 225kg and a gross weight of 330kg. When fully extended, the display area measures 3m x 1.69m, bigger than some rooms in central London and almost as big as nine 50-inch TVs assembled in 3 x 3 matrix.

The screen is designed to be used 24/7 and has a lifespan of 100,000 hours (that’s more than 11 years of constant use) and should there be any issue, Viewsonic has designed a clever solution. Although the LDS-135-151 has a frameless display without stitching bezels, users themselves will be able to remove one more of the 20 hot-swappable front LED modules using a bundled electric vacuum suction tool.

The rest of the specification is equally spectacular: six HDMI ports, four USB ports (including a Type-C one that can be used for display) and a LAN connector.

Audio is handled by a pair of 20W speaker systems from Samsung’s Harman Kardon, but users can plug in their own speakers, or there’s an SPDIF connector as well.

There’s no memory card reader and while there’s an onboard thin client, it only has 64GB onboard storage and runs on the antiquated Android 9.0 OS (launched in August 2018).

For those looking to use it as a show-stopping business monitor, as a huge trading screen or to display videos, just bear in mind that it has a rather coarse 1.5mm pixel pitch, which means that it is better viewed from a distance. That explains why its native resolution is only 1920 x 1080 pixels. Shame that it is neither touchscreen nor can it be used like a Surface Hub 2S, Microsoft’s very own collaboration platform, as it doesn’t have a webcam or microphones.

The display is compatible with Crestron, Extron, AMX and Viewsonic’s own AV control system, myViewBoard Manager. That means that users will be able to cast content wirelessly from up to four different devices concurrently as the LDS-135-151 supports Picture-in-Picture and Picture-By-Picture.

However there’s no details about availability outside the US yet, or what the warranty will be, so stay tuned for more details.