The next Xbox controller could ‘change color with light and motion’ 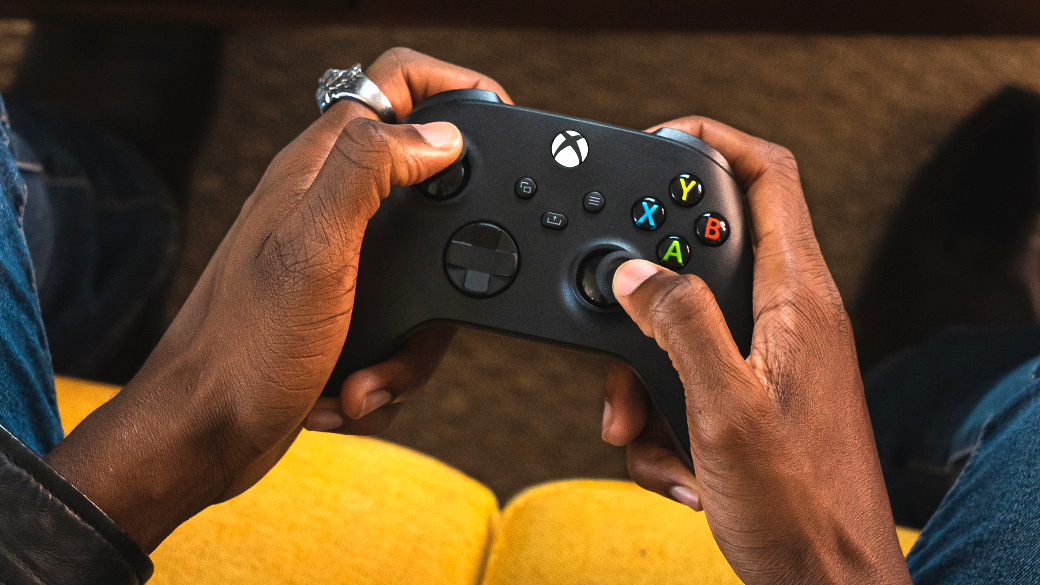 A new Xbox controller looks to have leaked online, bringing some shimmer to Microsoft’s gamepad collection.

The listing appears to have been removed from Amazon, although the photos shared on Twitter show both the front and back of the controller’s packaging. They’re fairly convincing images that match the design of the standard Xbox controller box.

The Lunar Shift controller is pretty space age. Its front face plate appears pearlescent and “changes color with light and motion”, according to the back of its box. What that really means is that the gamepad will shimmer in the light. Its grips look marbled, too, giving them a swirling effect, while all its buttons, thumbsticks, and triggers are plain white.

Besides those peculiarities, the Lunar Shift is a standard new-gen Xbox controller. It features textured grips, Bluetooth connectivity, and a share button on the front.

Microsoft is going heavy on special controller designs. Earlier this year, it revealed a white version of the Xbox Elite Controller Series 2, which will release with both a fresh paint job and a lower price tag.

PlayStation players don’t enjoy the same color options. Sony only introduced blue, pink, and purple controllers for the PS5 at the top of the year. The DualSense Wireless Controller might pack more features, but it loses points on style.

Don’t go purchasing another Xbox controller at full price right now, though. Plenty of discounts will be going live in the coming weeks as part of the Xbox Series X Black Friday deals. In fact, a few Xbox controller colors have already dropped to their lowest price on Amazon.