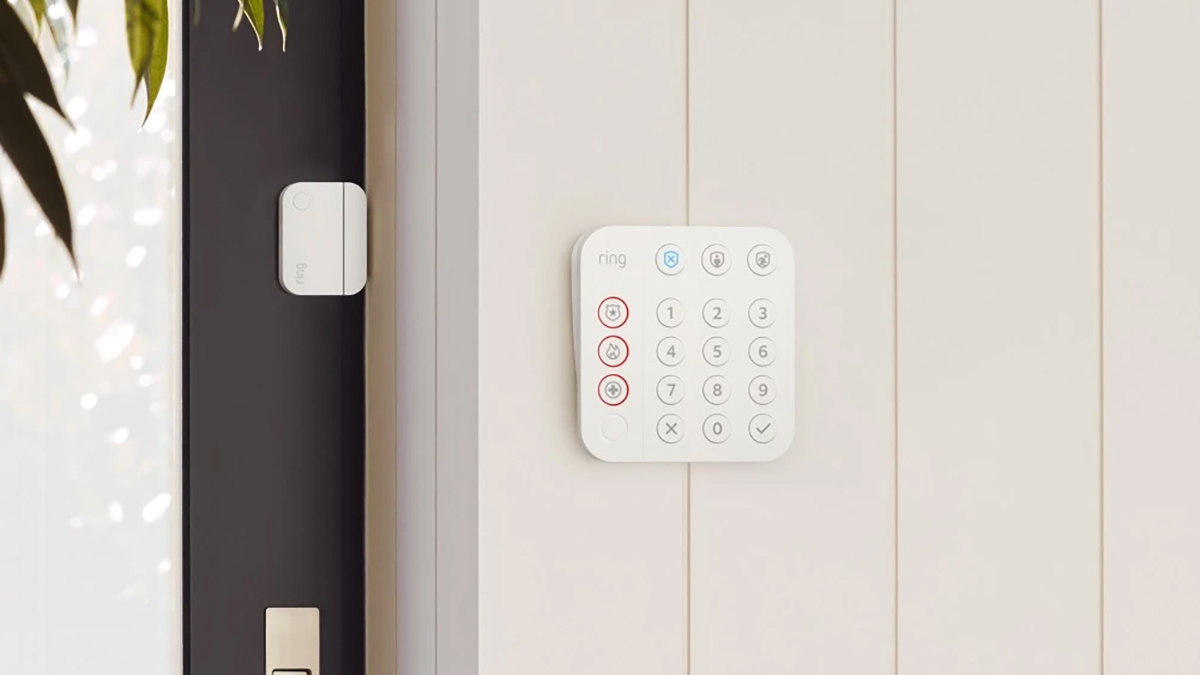 A couple of years after the original Ring Alarm appeared, there’s a 2nd-gen edition on the way: it brings a sleeker, more streamlined design, and a one-button panic button to put you in touch with the emergency services.

Generally the new package is very much similar to the old one. It’ll detect motion, smoke, carbon monoxide and leaks for you, pinging your phone if it thinks there’s a problem and giving you peace of mind while you’re out.

Some of the functionality – including the emergency response shortcut – requires a Plus subscription plan on top of the hardware, which will set you back $10/£8 a month or $100/£80 a year.

As with the 1st-gen model, the 2nd-gen Ring Alarm lets you arm and disarm the system from your phone, can work with Alexa, and is compatible with any other bits of Ring kit you’ve got (like the Ring security cameras).

While existing owners of a Ring Alarm don’t really need to rush out and upgrade, the newer edition does have smaller motion detection and contact sensors that Ring says are easier to install.

“Now, more than ever, we expect technology to make our lives safer, easier, and more convenient, at an affordable price,”  says Ring in an announcement blog post (opens in new tab). “At Ring, we believe your home’s smart security system should be no exception.”

Preorders for the system are open now, with shipping on April 29, and prices start at $199 for the 5-piece package. We can’t see the 2nd-gen system in the UK yet, but when it does arrive it’ll probably cost the same £199 and up that the current edition does. So far, the Ring Alarm isn’t on sale at all in Australia.

All-in-one security systems are growing in popularity, giving you everything you need to keep your home safe, but Ring isn’t your only option: the likes of Yale, SimpliSafe and several others will happily sell you a system too.