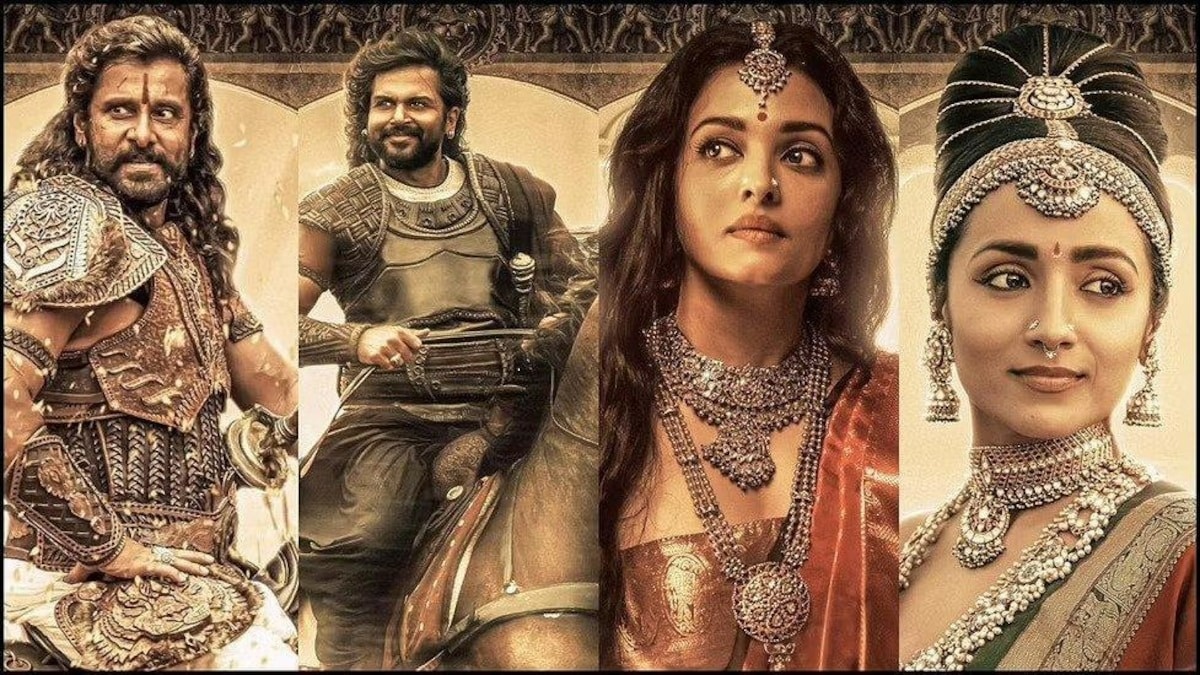 These are the times of hype, and the exaggeration machine doesn’t stop running. But even after making leeway for that, the expectation and the buzz that surrounded the release of Mani Ratnam’s Ponniyin Selvan 1 – it arrived in theatres world over today – has been staggering. Even in distant nations, where Tamil films have just cursory release, are taking a different path for Ponniyin Selvan. For instance, in Sweden, big Tamil movies get to release on a single nondescript screen. But Ponniyin Selvan is releasing in 3 theatres, including one Imax one. This is unprecedented for a Tamil movie in recent times is what the local people say.

Can a movie that comes riding on such expectation live up to it? Well, before we go into what the reviewers say, here’s a brief recap of what the film is all about and why it is important for the Tamil audience.

History of the historical

Ponniyin Selvan is a five-part historical fiction series based on the life of Arulmozhi Varman, who later became the great Chola emperor Rajaraja Chola I. Penned by the famed author ‘Kalki’ Krishnamoorthy, the over-2000 page novel, was first serialised as a weekly offering in the Tamil magazine Kalki from October 29 1950 to May 16 1954. The story is basically a saga of the power struggle among the three popular Southern kingdoms — Chola, Chera, and Pandiyan.

The novel, with its swashbuckling narrative and Kalki’s elaborate prose, had captured the imagination of Tamils for several decades, and the book is among the highest sold ones in Tamil and has been translated in multiple languages with equal success.

The book has fascinated filmmakers, and many of them, including the legendary MG Ramachandran, and the most talented Tamil film person Kamal Haasan, among others, had wanted to bring the novel alive on celluloid. But for various reasons, not the least for the daunting nature of the task, the film version of the beloved book never materialised. And then director Mani Ratnam, whose movies are generally far removed from historicals, got down to the task three years back.

And despite the pandemic and lockdown, the man managed to shoot the two-part movie, and the first instalment is now out in the theatres. The film has a star-studded cast—made up of Vikram, Aishwarya Rai Bachchan, Jayam Ravi, Karthi, Trisha, Aishwarya Lekshmi, Sobhita Dhulipala, Prabhu, Sarathkumar, Vikram Prabhu, Jayaram, Prakash Raj, Rahman, and the music is by A R Rahman and camera by Ravi Varman.

Despite Mani Ratnam’s indisputable class and style, and regardless of the talent of the vast and crew, the question that kept ringing was: Can a book like Ponniyin Selvan, which has captured the imagination of the public in myriad ways, be successfully made into a film?

Going by the early reviews of the film, the answer seems to be a big ‘yes’. Mani Ratnam, the suggest the early reports, has the winner on his hands. “…Mani Ratnam finally brings the dream alive with this spectacular adaptation that superbly captures the intrigue, thrills and page-turning quality of the books,” said the reviewer in India’s leading newspaper Times of India (opens in new tab). The writers Jeyamohan and Ilango Kumaravel, the review added, have condensed the novel in an admirable manner, with the changes adding to the momentum of the narrative.

“The soul of Kalki’s book is maintained effectively. Characters’ motives are never really in question as the plot keeps you well aware of what is at stake,” another reviewer said (opens in new tab).

On Twitter, where the noise is always high for such releases, the early words were no less flattering. A user @Darktoevsky (opens in new tab) said: “Period film with zero western influence soo rooted, original, mostly live locations. First of its kind in South Indian Cinema (sic).”

Film producer and Kollywood personality Dhananjayan (opens in new tab) tweeted: “#PonniyinSelvan is a brilliant teamwork led by #ManiRatnam sir @arrahman @sreekar_prasad DoP #Ravivarman #ThottaTharani & others. Every Tamil will be proud of this epic film from @MadrasTalkies_@LycaProductions. Narrated so well. Don’t miss to experience in Theatres 👏🏆😇 (sic).”

Amidst all this hoopla, there was also a set of fans from the Telugu States  who were claiming the film to be dull and less interesting. The response from Tamil fans was that these fans did not want Ponniyin Selvan to upstage Bahubali.

Well, the the fight between fans, well, that is a battle far more intense than anything than the kings in Ponniyin Selvan may have fought.