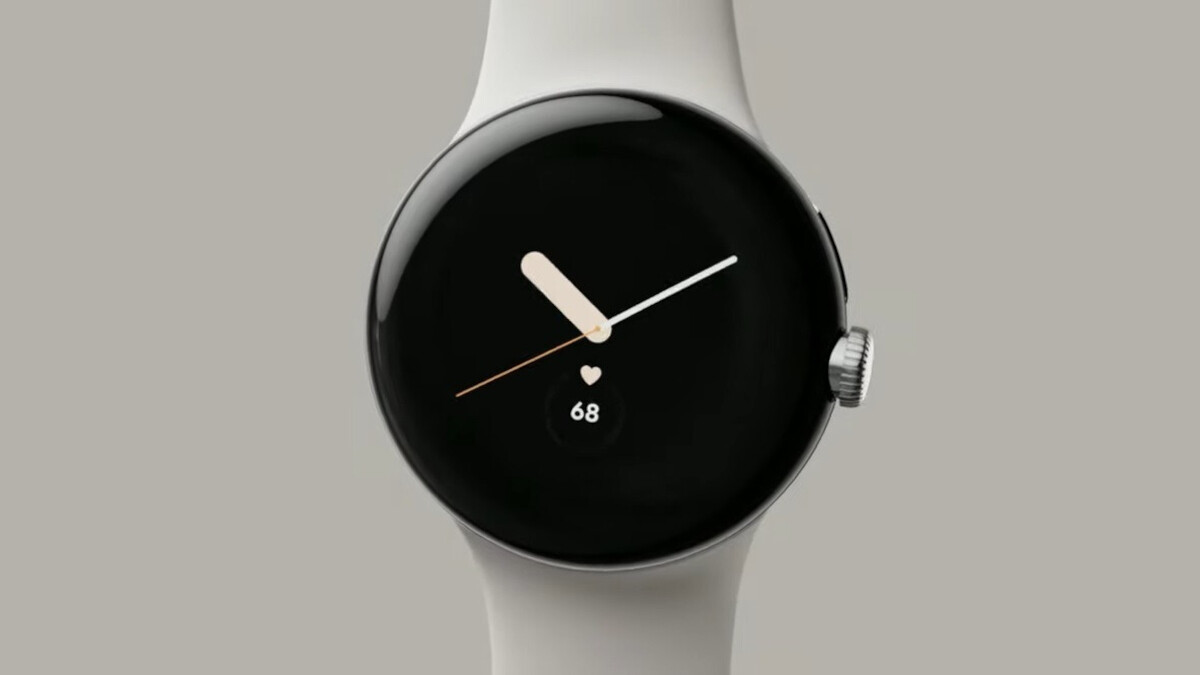 A Redditor using the handle “Suckmyn00dle” somehow got his hands on a Google Pixel Watch. The device won’t be made official until this Thursday’s Made by Google event giving us the impression that this guy wasn’t supposed to have the timepiece in his possession. He also said that he wouldn’t turn it on because he didn’t want to get caught which is another reason why we have a hunch that he wasn’t supposed to have the box.
But one good thing came out of this. The Reddit user snapped a large number of pictures (using a Pixel 6 series phone judging by the reflection on the watch screen). The back of the Pixel Watch box was a big-time snitch telling us that in the box you’ll find the watch, an Active band, and the USB-C magnetic charging cable. The small band fits wrists 130-175 mm around while the large band is compatible with wrists that measure 165-210 mm around.
The Pixel Watch model in the box is the “Polished Silver Stainless Steel” variant with the “Charcoal Active band.”

The box also informs us that the Pixel Watch supports Wi-Fi, Bluetooth, NFC, and GPS. It requires a phone running Android 8.0 or higher, Internet access, a Google account, and acceptance of the arbitration agreement in the U.S. The photos snapped by the Reddit subscriber confirm that the watch will be pre-installed with Wear OS 3.5. It will come with a 1.18-inch display with the four-year-old Exynos 9118 chip inside the device. It is expected to carry 1.5GB to 2GB of RAM and 32GB of native storage.

The 300mAh battery will supposedly give the watch all-day battery life and the Pixel Watch will monitor your heart rate, sleep, Blood Oxygen levels, and your heart rhythms with an ECG sensor. You can also track the whereabouts of your Pixel phone and some of your physical activities.

The Pixel Watch will be officially introduced this coming Thursday, October 6th, during the Made by Google event that kicks off at 10 am Eastern Time, which is 7 am Pacific Time. The Wi-Fi-only model is rumored to be priced at $349 while the LTE model should cost you $399.