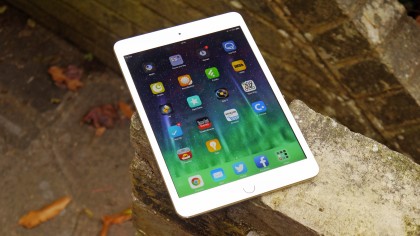 The next iPad is rumored to launch at an event in October, and we’ve been hoping for a major redesign. One of the key changes was the expected removal of the home button, bringing the base model iPad in line with the iPad Air, iPad Pro, and just about every fancy iPhone Apple sells besides the bargain-basement iPhone SE.

New rumors suggest the iPad 2022 model, the tenth generation of iPad tablet, will get a new look but will keep the familiar old button. This leak comes from a newsletter sent by Twitter leaker LeaksApplePro (opens in new tab), available only by subscription. Presumably, this means the bezel around the screen won’t shrink too much. We’ve also heard that the sides of the device will get flattened, making it look more like the iPad Air in profile.

Our leaker also expects the next iPad will, like the more powerful iPad Pro, use USB-C. This comes from the same leak that suggested the next iPhone 15 family could use USB-C for every model. It’s entirely possible we’re at the beginning of the end of Apple Lighting on mobile devices.

The next iPad may also get support for Apple’s fanciest writing utensil, the Apple Pencil 2. Currently, the Pencil 2 only works with the iPad mini, iPad Air, and iPad Pro, but not the regular old iPad. The next iPad could change that. We’ve recently seen a slip-up from Apple Crayon maker Logitech showing support for iPad Pro models to come, but nothing indicating base model iPad support. The Logitech Crayon Digital Pencil uses the same technology as Apple’s own Pencil stylus.

Finally, after some delay, we will see the launch of iPad OS 16. The phone version of Apple’s mobile OS, iOS 16, arrived a few days after the iPhone 14 family was announced. We have been following the beta progress for iPad OS 16, but have not heard official news of when it would be available to the mainstream. Now it seems like iPad day will be the big day for software and hardware alike. If you want to familiarize yourself with the whole iPad family before the big launch, you can check out our best iPad roundup.

We won’t be hasty to dismiss this iPad just because it keeps a feature that Apple has been slowly killing on every other device it makes. Clearly, the home button has no long-term future with Apple, but that doesn’t mean this won’t be a great tablet to buy. After all, the iPhone SE represents a powerful bargain in the iPhone family lineup, and its aging exterior belies hardy tech within. We consider it one of the best iPhones you can buy.

If anything, this could mean we won’t see a huge price increase for the new iPad 2022. A major redesign that completely changes the face of the device offers more justification for Apple to jack up prices. If the new iPad looks like an evolutionary upgrade of the last model, but not a whole new beast, it may start at the same price. In this year of a huge cost of living crisis, that may be considered the most welcome feature.