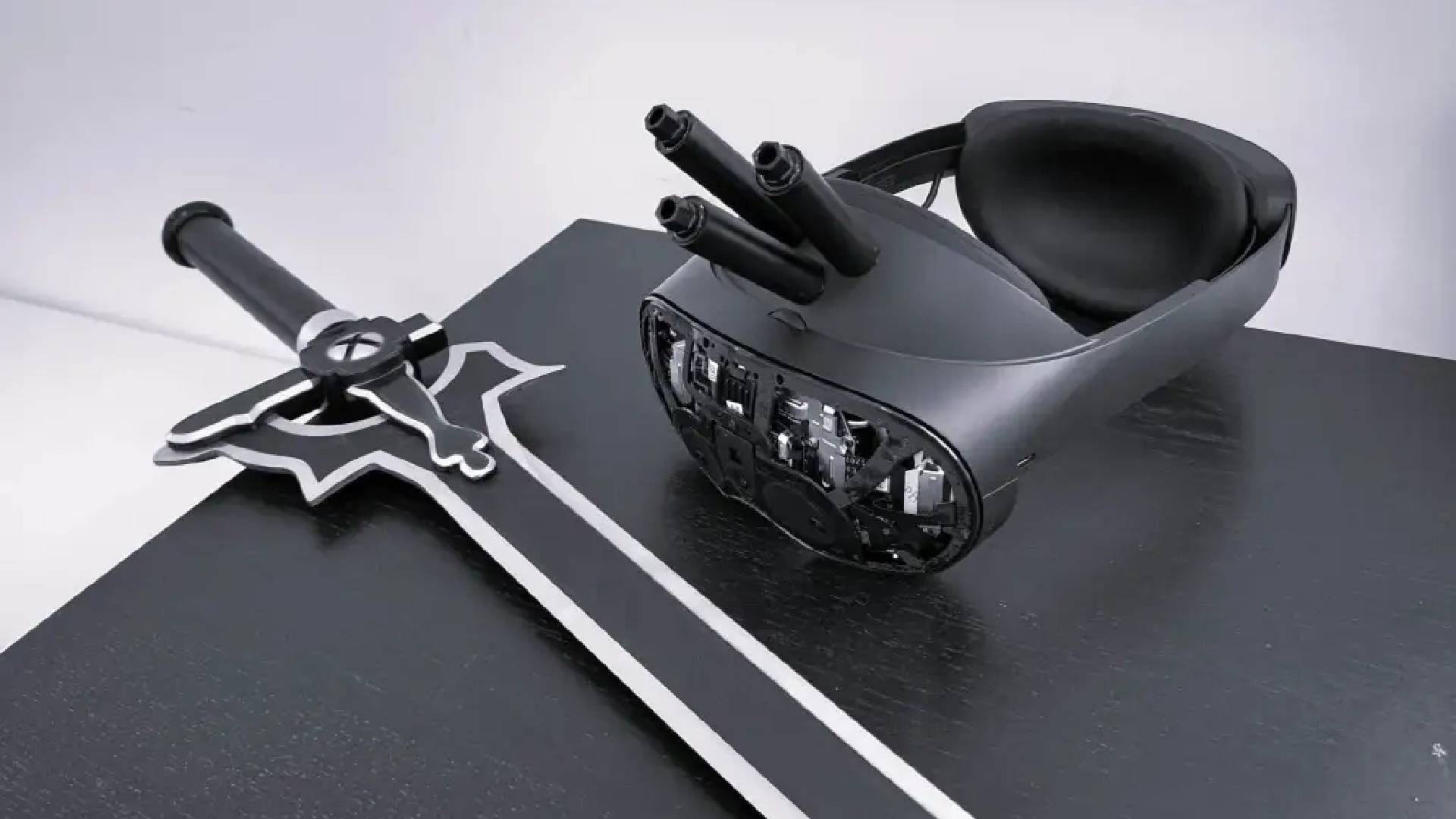 If you thought Mark Zuckerberg’s metaverse plans weren’t scary enough, the founder of Oculus, Palmer Luckey, has designed a VR headset that explodes if the user fails in a video game.

The Oculus Rift designer may no longer be a part of the company he founded (which is now part of Meta), but his interest in VR doesn’t appear to have waned. Luckey is still creating VR inventions; however his latest prototype – what appears to be a Meta Quest Pro with explosives attached – is not one that we’d recommend anyone try out.

The device is inspired by the NerveGear headset from the web novel and manga Sword Art Online, which is rigged to explode when the wearer is eliminated in a VR game. Luckey revealed the invention on his blog (opens in new tab) to commemorate Sword Art Online day (November 6, 2022), the day in the manga and anime universe when 10,000 players are trapped inside the Sword Art Online VR MMORPG.

In the post, Luckey reveals that SAO and Oculus shared a symbiotic relationship – the Kickstarter for the Oculus Rift DK1 launched around the same time as the anime’s fourth episode aired in Japan. The show reignited the public’s interest in VR, with its depictions of the realistic simulations offered by the NerveGear making the technology look magical – despite the potentially fatal consequences of failure for the wearer – while the existence of the Rift made SAO’s events seem plausible.

According to Luckey, Japan became Oculus’ second-largest market, and the team would be bombarded with questions about SAO, and when it would be possible to play the game on their Oculus.

Luckey clearly loves SAO based on the anecdotes his piece is littered with; however, his fandom may have gone a little too far with the device that’s “halfway to making a true NerveGear.”

As he goes on to explain, unfortunately, Luckey hasn’t worked out the more impressive half of SAO’s headset, the “perfect-VR” aspect. NerveGear users aren’t restricted by the physical space they have at home, nor their own physical limitations, as they are with today’s best VR headsets. Instead, the NerveGear directly communicates with a user’s brain – rather than moving real muscles their brain controls virtual ones, and the system is able to relay information back that stimulates all of the user’s senses.

Fortunately, Luckey also admits that he hasn’t got the headset’s explosive mechanism perfect either. At the moment the charges are rigged to detonate when the screen flashes red in a specific pattern; however there’s a “huge variety of failures that could occur,” ending the user’s life accidentally – that’s why Luckey hasn’t yet tried using it himself.

Thankfully, at the point the terrifying-sounding device is nothing more than what Luckey calls “office art,” and we hope it stays that way. Yes, SAO presents a dream come true in terms of life-like VR – I’d love it if my Oculus Quest 2 could be half as immersive as the NerveGear – but the story also presents a nightmare scenario that some people too easily gloss over. No game, no matter how great it is, is worth giving your life up over.

If Luckey continues his endeavors we hope he spends all his time investigating the “perfect-VR” side of the NerveGear, and leaves the horrible SAW-trap element alone after he removes it. Playing one of the best VR games is meant to be fun, not a fight for your life, and if you need to enhance your experience, just wear a haptic suit like this writer did – it offers more than enough punishment if you fail in VR.