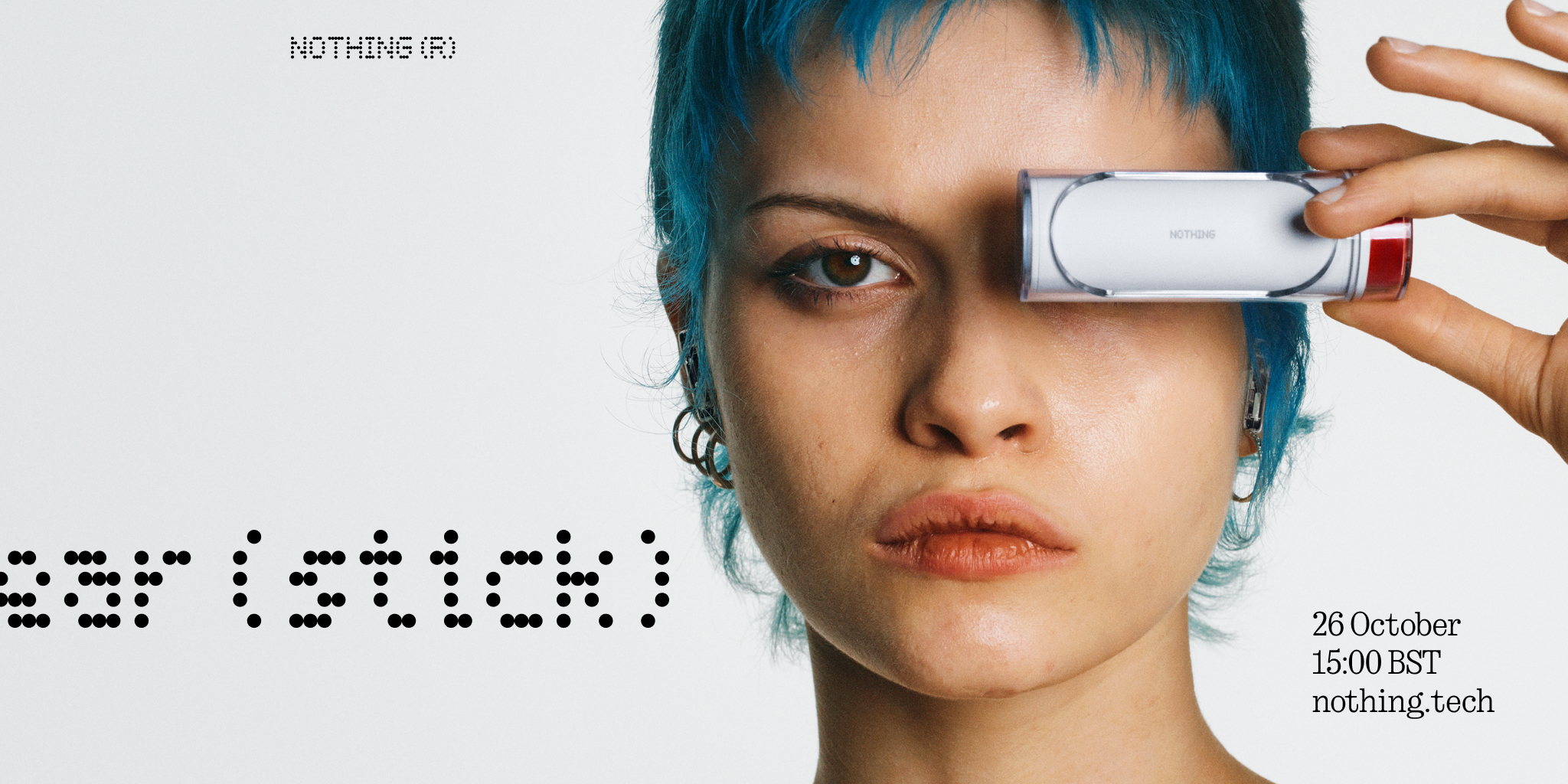 True to form, Nothing has just announced the full reveal date for its upcoming audio product, Ear (stick).

What we’re saying is that although we still have ‘nothing’ conclusive about the features, pricing or release date for the Ear (stick) except an image of another model holding them (and we’ve seen plenty of those traipsing down the catwalk recently), we do have a date – the day when we’ll be granted official access to this information.

That day is October 26. Nothing assures us that on this day we’ll be able to find out everything, including pricing and product specifications, during the online Ear (stick) Reveal, at 3PM BST (which is 10AM ET, or 1AM on Wednesday if you’re in Sydney, Australia) on nothing.tech (opens in new tab).

Any further information? A little. Nothing calls the Ear (stick), which is now the product’s official name, “the next generation of Nothing sound technology”, and its “most advanced audio product yet”.

But that’s not all! Apparently, Ear (stick) are “half in-ear true wireless earbuds that balance supreme comfort with exceptional sound, made not to be felt when in use. They’re feather-light with an ergonomic design that’s moulded to your ears. Delivered in a unique charging case, inspired by classic cosmetic silhouettes, and compactly formed to simply glide into pockets.”

Opinion: I need more than a lipstick-style case

It’s no secret that I want Nothing’s earbuds to succeed in world dominated by AirPods; who doesn’t love a plucky, eccentric underdog?

But in order to become some of the best true wireless earbuds on the market, there is room for improvement over the Nothing Ear 1, the company’s inaugural earbuds.

Aside from this official ‘news’ from Nothing, leaked images and videos of the Ear (stick) have been springing up all over the internet (thank you, developer Kuba Wojciechowski) and they depict earbuds that look largely unchanged, which is a shame.

For me, the focus needs to shift from gimmicks such as a cylindrical case with a red section at the end which twists up like a lipstick. Don’t get me wrong, I love a bit of theater, but only if the sound coming from the earbuds themselves is top dog.

As the natural companions for the Nothing Phone 1, it makes sense for the Ear (stick) to take a place similar to that of Apple’s AirPods 3, where the flagship Ear (1) sit alongside the AirPods Pro 2 as a flagship offering.

See, that lipstick case shape likely will not support wireless charging. That and the rumored lack of ANC means the Ear (stick) is probably arriving as the more affordable option in Nothing’s ouevre.

For now, we sit tight until October 26.