Japanese automaker Nissan became the latest company to exit Russia incurring a loss of nearly $700 million in the process. The Japanese automobile giant sold its business in Russia to a state-owned entity called NAMI. 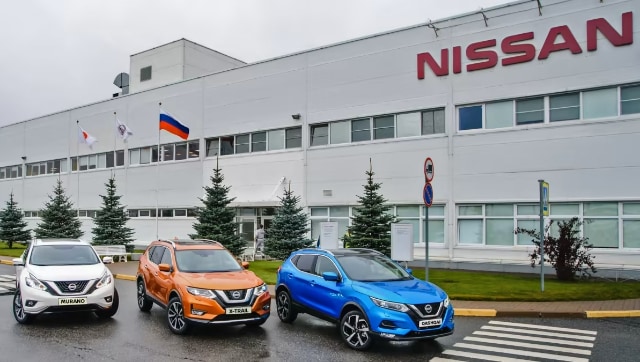 Nissan had one of the largest automobile factories in Russia, just outside St. Petersburg. Image Credit: AP

Nissan put out a press release saying that they will be exiting the Russian market and will be selling their entire business to NAMI for just 1 Euro, or about $0.97. In the process, they incurred a loss of about $687 million.

Russia had been at the receiving end of sanctions from a number of countries, which included nations that manufactured some vital components that go into the making of a car. Ever since Russia invaded Ukraine, Nissan was forced to halt its production facilities in the country, as it waited for vital supplies that would have allowed them to keep producing cars.

Another Japanese car manufacturer, Mitsubishi, which was also a part of the partnership between Renault-Nissan-Mitsubishi, is also contemplating an exit from the Russian market.

Renault, Nissan and Mitsubishi were a few of the several countries that were massively hit by the sanctions that were imposed on Russia and also faced major supply chain disruptions. As a result, all three manufacturers were forced to suspend their manufacturing facilities in March this year.

Back then, Nissan put out a statement that they will be monitoring the situation and then decide what to do next. However, since the situation has only gotten worse since then, with Russia conscripting adult and able-bodied men for the war, Nissan decided to exit the market.

Renault, on the other hand, had exited the market back in May this year, when they sold their stake in Russia’s automobile maker Avtovaz to a Russian investor. This makes Mitsubishi the last manufacturer of the trio who has not exited the Russian market.

Nissan had one of the biggest automobile factories in Russia, situated just outside St. Petersburg, the former Russian capital. The factory will be continued as a vehicle manufacturing plant, but will be making vehicles exclusively for the Russian army, said a report.

Renault and Nissan, meanwhile, are currently discussing the future of their alliance. In all likelihood, they will be working on a new electric vehicle venture that will be headlined by Renault.