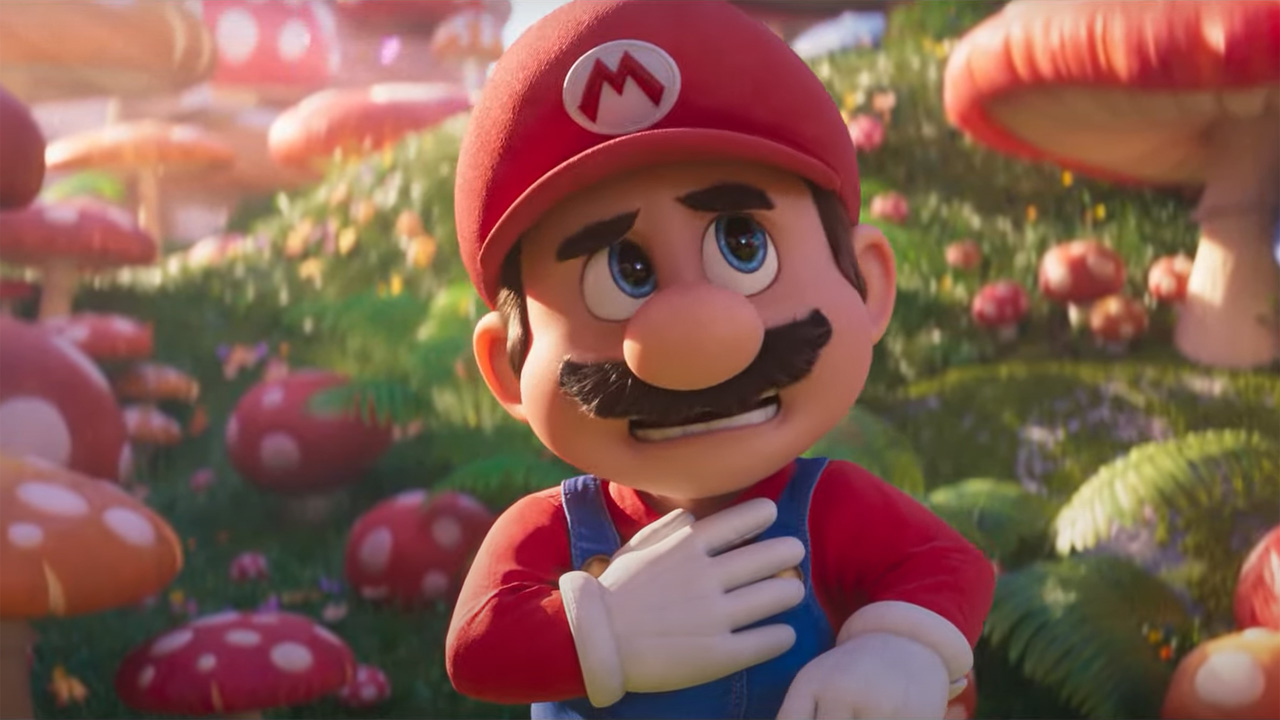 The first trailer for Nintendo’s animated Mario movie has finally arrived – and it comes packaged with the flick’s official title. Oh, and Chris Pratt’s poor attempt at sounding Italian.

Revealed during a Mario movie-specific Nintendo Direct on October 6, the teaser gives us our best look yet at the joint Nintendo-Universal animated flick ahead of its spring 2023 release. It also confirmed earlier leaks today (October 6) that the movie will be called The Super Mario Bros. Movie.

Check out the trailer via the latest Nintendo Direct – skip to the 39:15 mark to watch it – below:

The first look footage is more a teaser montage rather than an official trailer. In it, we see Boswer and his Koopa army descend from the heavens, easily see off a horde of penguins – who have been guarding one of the videogame series’ infamous stars – and cackle at the face that no one will be able to stop the King of the Koopas.

Meanwhile, we get our first look at Mario, who appears to have been whisked to the Mushroom Kingdom by accident. We suspect that’ll have something to do with one of those pesky warp pipes. We also hear what Chris Pratt’s Mario sounds like – and it’s, well, not good, to put it mildly.

Anyway, Mario soon runs into a Toad that looks an awful lot like Captain Toad, who leads him towards Princess Peach’s castle. The final part of the teaser is reserved for Luigi, who’s got himself into a spot of both with some Dry Bones. Oh, Luigi, you silly thing.

The first teaser for the Illumination-developed movie follows hot on the heels of its official poster reveal, which made its way online on October 4. Back then, Nintendo fans poured over the strikingly beautiful one sheet, although many called Nintendo and Universal out for, well, the lack of junk in Mario’s trunk:

Tune in at 1:05 p.m. PT on 10/6 for a #NintendoDirect: The Super Mario Bros. Movie presentation introducing the world premiere trailer for the upcoming film (no game information will be featured).📽️: https://t.co/I868SmSpV2 pic.twitter.com/hqlO0SfLbeOctober 4, 2022

The Mario movie came in for other criticism when its voice cast was announced in September 2021. Back then, Nintendo and Universal revealed that Pratt (Marvel, Jurassic World) would voice the legendary videogame character. That led to backlash from a large section of Mario’s fanbase, who reacted in multiple ways to the two studios for not letting Charles Martinet, who has famously voiced Mario for 30 years, lend his vocal talents to the character. Instead, Martinet will appear in numerous cameo roles in the film.

Pratt is joined by an all-star voice cast including Charlie Day as Luigi, Anya Taylor-Joy as Princess Peach, Jack Black as Bowser, Keegan Michael-Key as Toad, and Seth Rogen as Donkey Kong.

Meanwhile, the Mario film’s script has been penned by Matthew Fogel (The Lego Movie 2, Minions: The Rise of Gru), with Aaron Horvath and Michael Jelenic (both Teen Titans Go!) on directing duties.

The Super Mario Bros. Movie opens on April 7 in the US and April 28 in Japan.

For more Nintendo-based content, check out our Nintendo Switch review and Super Mario Odyssey review. Alternatively, check out the cheapest Nintendo Switch bundles and deals you can buy right now ahead of Amazon’s 2022 Early Access Sale.