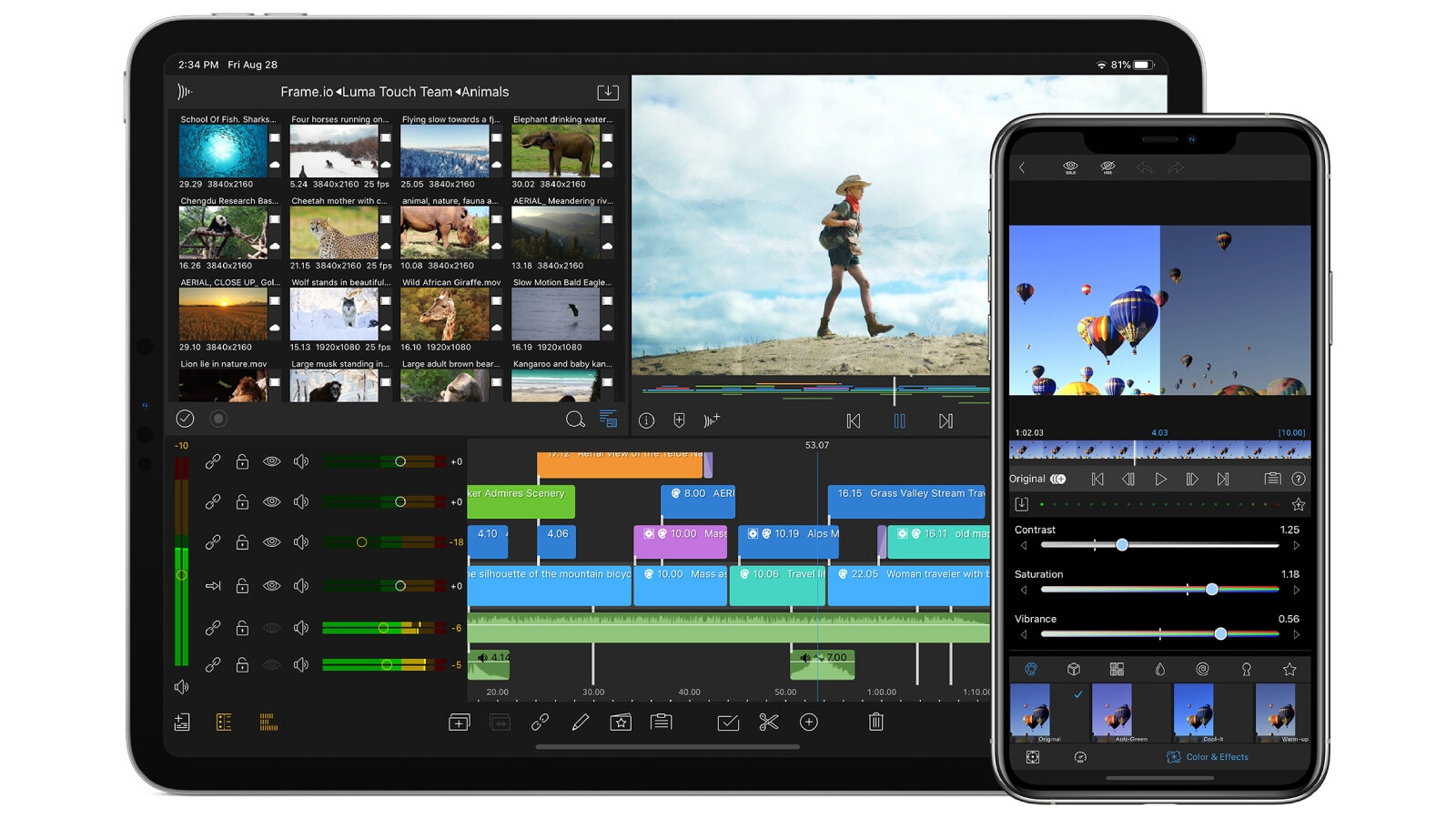 The app was announced for Android via the Samsung Galaxy Store and for the Chrome OS platform some nine months ago but it wasn’t until now that the beloved video editor was released for both platforms as an early-access app.

LumaTouch, the developer behind the popular iOS video editor, hasn’t elaborated why such a long time was necessary for the port, but it reveals that a team of Chrome OS developers had been assembled to ensure LumaFusion’s arrival to the new platforms.

From a functionality perspective, LumaTouch users shouldn’t miss any major LumaTouch feature from the Android/Chrome OS port. The app still supports standard and custom LUTs, Storyblocks integration for audio-visual assets, and media project between 18 and 240fps. Pretty much the essential functionalities are all there.

Yet, there are some device-specific functionality limitations, similar to the ones on the iOS version of the editor. Media projects on some devices might only allow for up to 12 tracks in total, with up to 6 of those dedicated to audio-visual media.

Price-wise, LumaFusion isn’t free, but is definitely sensibly priced considering the amount of utility it delivers. The app will currently run you $20 while the app is in early access, but once the final version is released, the price will jump to $30 (which is what the iOS version costs). Those who bought the app during early access will naturally get the final version as a free upgrade.