When people see a cockroach, in all likelihood, they get creeped out. Rarely would anyone think of turning them into cyborgs and using them in extremely hazardous environments where it would be dangerous for humans to go into. 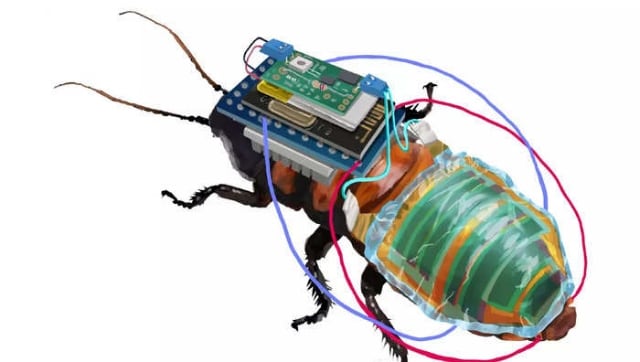 Well, a group of Japanese engineers have done just that – they have developed a bunch of cyborg cockroaches, which, they claim can be used in search and rescue operations and in extremely dangerous environments, where humans can’t function.

Researchers at the RIKEN Cluster for Pioneering Research in Japan have designed a remote-controlled, rechargeable cyborg cockroach. What they have done, is strap a specially designed “backpack” onto a few cockroaches, which then, can be controlled using a remote.

Cyborg cockroaches are equipped with a tiny wireless control module powered by a rechargeable battery attached to a solar cell. Despite the mechanical devices, flexible and ultrathin electronics allow cockroaches to move freely.

The cyborg cockroaches, which are part insect and part machine, are intended to enter hazardous areas, monitor the environment or undertake search and rescue missions without needing to be recharged.

The team used Madagascar cockroaches which are approximately 6cm (2.4- inches) long. They attached the wireless leg-control module and lithium polymer battery to the top of the cockroach by using a specially designed backpack. This was modelled after creating a 3D body model of a cockroach, which researchers to create a stable and thin module.

During the experiment, scientists attached wires to the sensory organs of cockroaches on the end of their abdomens. They send electrical impulses that cause the insect to move left or right. A unit of the battery was necessary for sending and receiving these electrical signals. Therefore the RIKEN team built a solar-powered module so that they did not need to return to a docking station or its handler when it ran out of power. 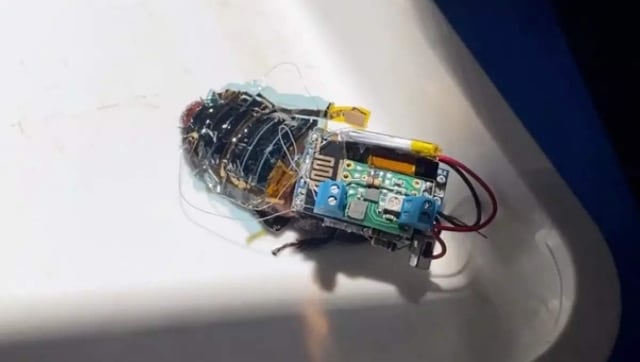 The solar-powered module was attached to the top of the insect’s thorax, perfectly fitting the Madagascar cockroach’s curved surface. Further, the system was stable on the insect for over a month.

The idea behind the experiment was that cyborg cockroaches enter the crumpled buildings hit by earthquakes or any other natural disaster and help in finding survivors.

Despite being developed specifically on cockroaches, Kenjiro Fukuda, a senior research scientist at RIKEN and the lead of the research team, thinks their strategy can be adapted to other insects like beetles and cicadas in the future.