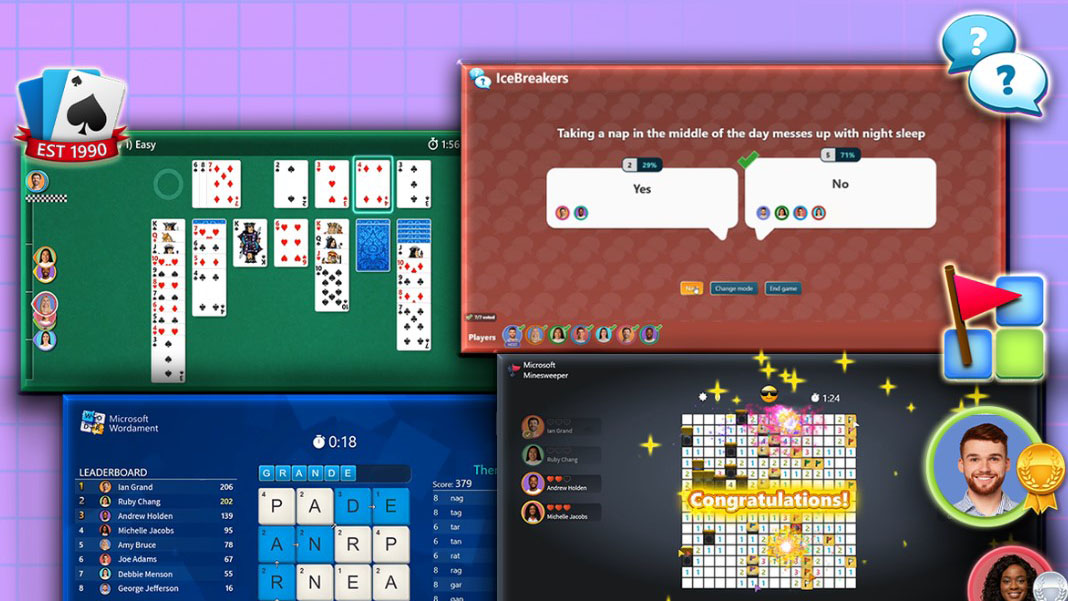 Yes, that’s right, you can now play games at work all from within the Microsoft Teams interface. But it’s more than just a bit of a jolly, as Nicole Herskowitz, Microsoft Teams VP, explains.

According to Herskowitz’s post on the Microsoft 365 Blog (opens in new tab), interaction through play is designed to tackle some of the greatest challenges of the hybrid workplace, including “struggling to build trust, create connections, and improve team morale.”

While gaming may not be a traditional approach to workplace team building, available research (opens in new tab) does suggest it could have a positive impact on colleague relations.

The new Games for Work app was developed with the help of an Xbox division and allows for up to 250 players in a single session. Somewhat refreshing in this day and age is the fact that the available games will be ad-free.

From launch, Microsoft is advertising four games each with their own educational twist. A variation on ‘this or that’, IceBreakers presents two options to a question that is designed to facilitate communication, while Minesweeper is meant to harness collaboration and problem solving.

Also included in the new Games for Work package as part of Microsoft’s collaboration software are Wordament and Solitaire Collection, in addition to survey tools Polly and Kahoot!, which the company describes as “social apps”.

For now, Games for Work is set to roll out to Microsoft Teams Enterprise and Education customers as a limited pilot scheme, collecting data on how its used before considering a wider public rollout.