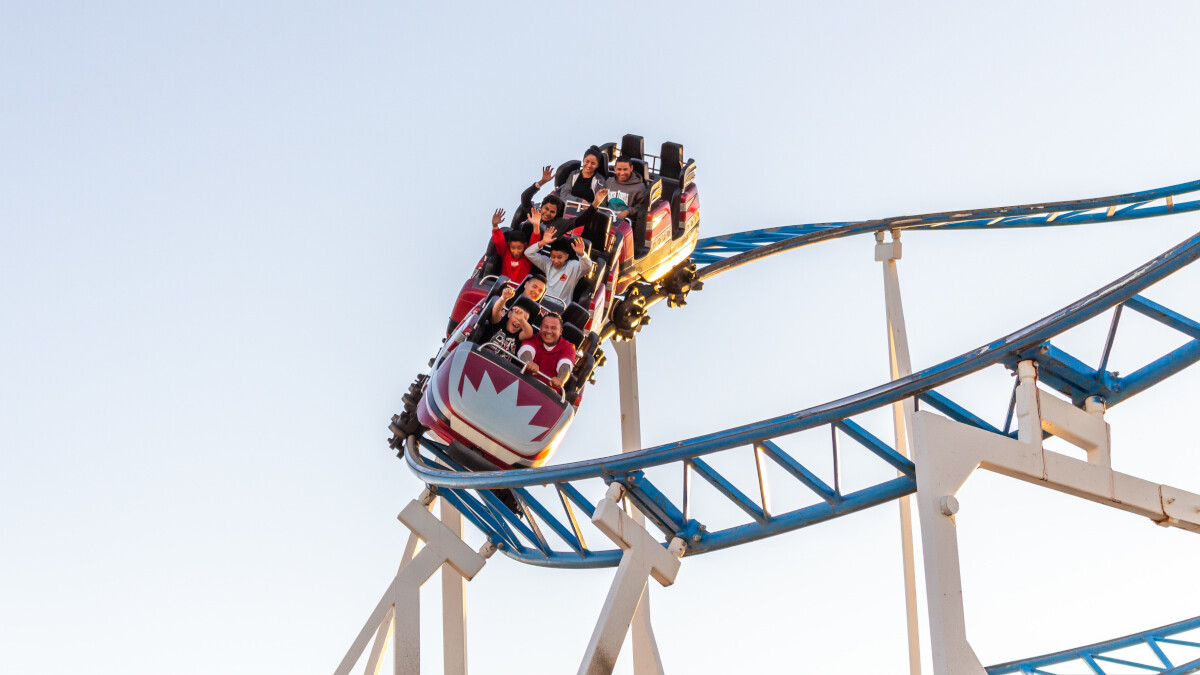 The iPhone 14 series has had its share of bugs this year, including one that made the iPhone 14 Pro models shake and grind when recording videos on third-party apps like Snapchat, TikTok, and Instagram. Eventually, Apple sent out iOS 16.0.2 to fix the problem. One of the strangest bugs we’ve heard of can be blamed on the iPhone 14 line’s new Crash Detection feature which detects when an automobile accident might have occurred and will call for emergency help if it sees that the iPhone user is not responding within 20 seconds after the impact.
But there is a problem with the feature that has first responders upset: it calls for emergency help on rollercoasters. If you don’t dismiss the alert in time, a phone call is made to the proper authorities that includes the location of the incident. An Apple Watch with crash detection will do the same thing if it is connected to a cellular network or a Wi-Fi signal. A tweet posted by WSJ writer Joanna Stern includes the recording of an audio call received by the 911 dispatch center near Kings Island amusement park.
The phone call says that “The owner of this iPhone was in a severe car crash and is not responding to their phone. The emergency location is Latitude 39.3411, Longitude -84.2689 with an estimated search radius of six meters. The message will repeat in five seconds.” The owner of the iPhone 14 Pro involved in this call was not in a car accident but was on a roller coaster.

Since the iPhone 14 went on sale, the 911 dispatch center near Kings Island amusement park has received at least six phone calls saying:

“The owner of this iPhone was in a severe car crash…”

Except, the owner was just on a roller coaster.

To prevent this from happening, you could choose to leave your iPhone in a secure locker (if one exists), or with a trusted friend or parent (if one exists). Think about it, with all of the turns and twists what the heck are you doing with your iPhone in your pocket on a roller coaster anyway? But if you must take the risk, you can enable Airplane Mode by sliding your finger down the right side of the display to open the Control Center. Tap the image of the airplane and this will turn off all of the radios on your handset and disable Crash Detection.

You can also turn off the feature and leave your phone on by going to Settings > Emergency SOS, then turn off Call After Severe Crash.

Considering that we are now in the fall and that many amusement parks are closed for the season, Apple will have a few months to work on this issue before the parks return to life in the spring.