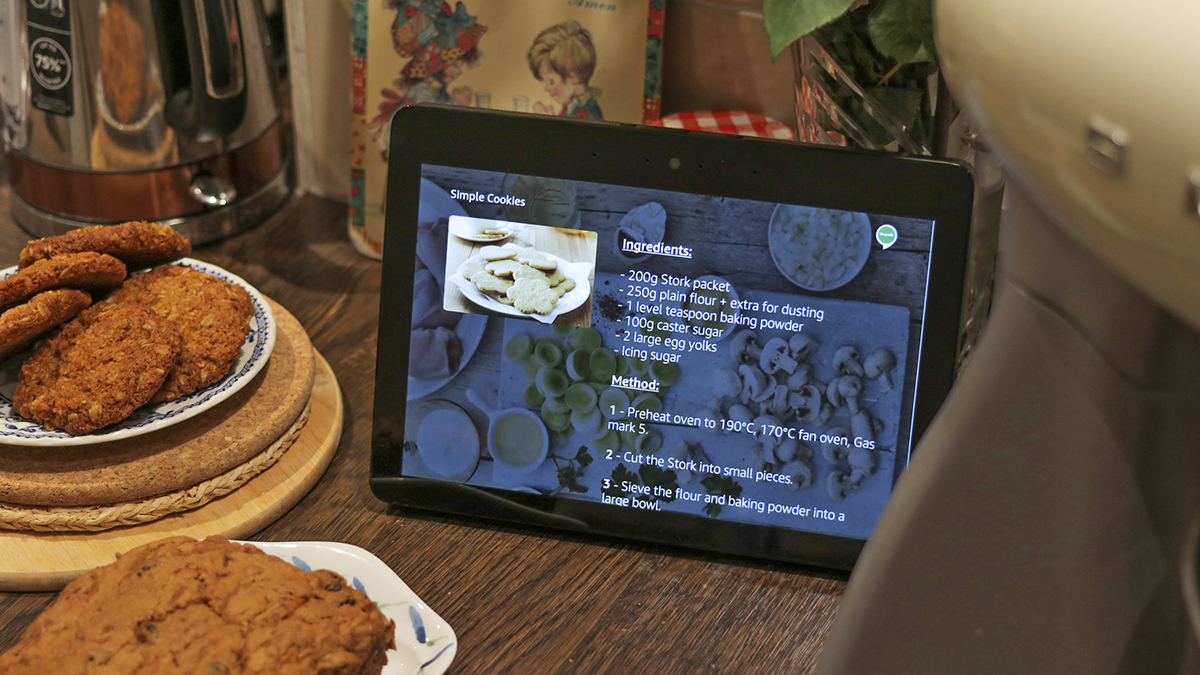 The Echo Show can tell you what the weather’s going to do, show you movies on Amazon Prime Video, bring up your schedule… and now it’ll also scan barcodes on items you want to buy online, apparently.

As spotted by VentureBeat (opens in new tab), the new feature can be activated by saying “Alexa, scan this to my shopping list”. You can then hold up a barcode in front of the camera on the Echo Show, and it’ll identify it and add it to your Amazon shopping list.

We haven’t heard anything officially from Amazon about this yet, so some of the details aren’t quite clear – we’re not sure if this is a US-only feature for now, for example.

The idea is obviously to make it easier to order products from Amazon and to spend even more on the site, as if the process of getting goods from the retail behemoth wasn’t already frictionless enough.

It’s not the first time Amazon has experimented with barcode scanning though: the Dash Wand is a standalone barcode scanner that can add products to a shopping list, as well as accepting orders via voice commands.

The Amazon apps for mobile are able to scan barcodes as well, if you want to order something online, or just check how much it’s selling for on Amazon before you buy it from a different retailer.

That process just got a little bit easier, and it might nudge you into putting your Echo Show in the kitchen rather than anywhere else – you can quickly scan the stuff you’re running out of then get back to watching some Prime Video.

Via The Verge (opens in new tab)